The definitive guide of how to play amateur football during COVID

The 2019/2020 premier league is done and dusted, which means if you’re a Liverpool fan your biggest worry has been the threats of a cancelled season…along with errant fireworks. For the rest of us, it’s been rampant battles for Champions League, Europa Cup, pride or avoiding relegation. Yet, something is still sorely missing for many of us. And while kicking a ball around with a friend (or even 5) might be riveting for some…

Life isn’t quite the same without our regular weekly 5 or 7-a side game. Hence, why I wanted to put pen to paper and try to answer all the questions, note down all the research and offer a helpful guide on how we can get back to playing the game safely. When we’re officially allowed to do so.

What the government has to say

The UK government has released its guidance around the returning of outdoor sports and recreation events. However, far more detailed documents can be found on the FA’s website. In their guidance for adult players they highlight:

They also highlight a range of safety measures that include:

What the pros are doing

Understand the research in favour of play

The Premier League and La Liga often refer to the study conducted by Aarhus University and the University of Southern Denmark around infection probabilities. This study looked at 14 Danish Superliga football matches. They found if one player is infected, each of the other players will be within infection distance (less than 1.5 metres) for an average of only one minute and 28 seconds over the course of a match. The study also showed that strikers faced the highest risk while goalkeepers were the least at risk.

Encouragingly, the study also highlighted that amateur players have less risk of infection, coming within the 1.5 metres distance for only 60 seconds per hour of football. Which all sounds great until you realise this is based on the assumption of one infected player. As the number of infected players increases so do your infection risks. So 2 infected players means 120 seconds (2 x 60 seconds) of exposure for every hour of play. This means if we turn up to your 5-a-side and everyone is infected, then time on the pitch alone would expose you for 9 minutes. 7-a-side increases that number up to 13 minutes.

Current research points to high risk of contraction when interacting with an infected person for 15 minutes at close contact. With close contact being defined as less than 2 metres. Therefore, it’s important to weigh up the time and distance of our social interactions before and after the game as these are variables we could probably control. Because let’s be honest, there’s just no way we can make these calculations while playing.

Understand the research in favour of caution

As luck would have it, there’s always a study that shows the opposite. Immunologists and lung specialists based at institutes in Berlin, Rome and Verona, found that strenuous exercise in groups resulted in a higher likelihood to inhale virus particles and direct them to the lower areas of the lung. Asymptomatic carriers could also make their condition worse by infecting their lungs during strenuous exertion. The study highlighted how strenuous breathing (especially apt when we’re less fit from not playing for a few months), means “SARS-CoV-2 can then spread more easily to the deepest areas of the lungs”.

This risk of contraction also obviously increases when you have players screaming all over the pitch especially during corners. Which means it’s a great time to tell the opposition goalkeeper and anyone and everyone belting out instructions to..

As strange as this sounds, many elite athletes train and compete using nasal breathing. Apart from the fact that it stimulates the vagal tone (which helps our immune systems), it is potentially more protective than mouth breathing. The nose can filter air when it enters the body. The nasal cavities produce nitric oxide (NO) during nasal breathing. This gas has an antiviral effect that inhibits the replication of, among others, the earlier version of SARS CoV in the early stages of infection (Åkerström, 2005). The naturally high level of nitric oxide in the nasal airways supports the theory that the gas acts as the body’s first line of defence against infection (Lundberg and Weitzberg, 1999). This is by no means full proof and no amount of nasal breathing will help during high amounts of exposure. However, as a precaution, it might be worth considering.

Given all this data, how do we manage the risk and our fears while keeping ourselves and the rest of our team safe?

It’s important to try thinking about the risk of contraction along 3 metrics: Contact intensity (how close for how long), number of contacts (the lower the better) and mitigation (how can we reduce the risk while playing). Here are some simple steps to optimise these metrics as best as possible.

Outdoors exercise reduces our risk by a factor of 10, hence football over Futsal is a safer option for most of us. We should sanitize our hands and try to keep social distance before, at half-time and after the game. While wearing masks as soon as we can before and after play.

A perennial struggle for most of us is to find a replacement for last-minute missing players. During these times, perhaps it’s better to convert our 7-a-side into a 5-a-side and keep our team sizes, eligible list of players and number of teams we are playing against to its minimum. Who knows when the London or other city leagues will be up and running, but getting smaller games and leagues up and running could be far simpler. It means we can control the intensity, contacts and mitigation metrics far better.

3. Hack test and tracing with our teammates and in our league

We should all think of our 5 or 7-a-side group like a professional team. Or just like a household.

Each player has the responsibility to be as cautious as possible in the outside world and let anyone and everyone know if they think they’ve been exposed. We can’t control for the same variables as a professional team or player. We all have to go to work, interact with friends and family and live life. Yet, we can easily establish a small network within our and a one or two rival teams that we can test and trace to keep everyone safe. If we’re feeling sick or think we might have been exposed then obviously sending a message out to the network should be a priority.

This not only protects the group but actually helps test and tracing in your local community.

4. Get a COVID pack ready

Clean bibs, cones and goal posts at session, sanitizer for the balls and players, temperature scanners and face masks are simple things Captains can put together. Even simpler if the team all pitches in a fiver for it. I think any team that can stay COVID free will have a competitive advantage over the next year. So it just makes long-term sense.

Staying on top of developments

Like everyone else, I can’t wait to get back to my weekly game. With a wife and baby at home however, I’m also worried about how safe I and more importantly they will be when the leagues do start back up. So I’ll be implementing the above precautions with my team. If you want to keep up to date with the best way to organise football during these times do follow our blog. And if you’ve liked any parts of this article please show some love on twitter. 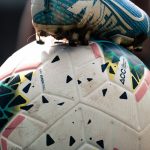